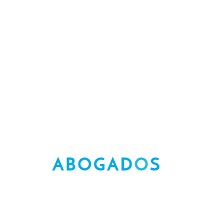 A distinguished lawyer, born in Santiago on October 18, 1932 and graduated from Pontificia Universidad Católica de Chile on June 4, 1958.

He started his career in the Legal Department of Anglo Lautaro and, in 1960, he became partner with Carlos Urenda and Alberto Orrego.

They later joined with Juan Carlos Dörr Z. to create our Firm, where he was a partner until his retirement in 2004. Mr Rencoret was a sitting lawyer in the Supreme Court for 17 years (1987-2003), a member of the Board of Director of several companies, founding member of AIDA Chile, member of the Arbitration and Mediation Center of the Santiago Chamber of Commerce, and an arbitrator of such center since its foundation, in 1992.
He died in September 2012.

Login to UROD
Reset Password
Enter the username or e-mail you used in your profile. A password reset link will be sent to you by email.
Already have an account? Login